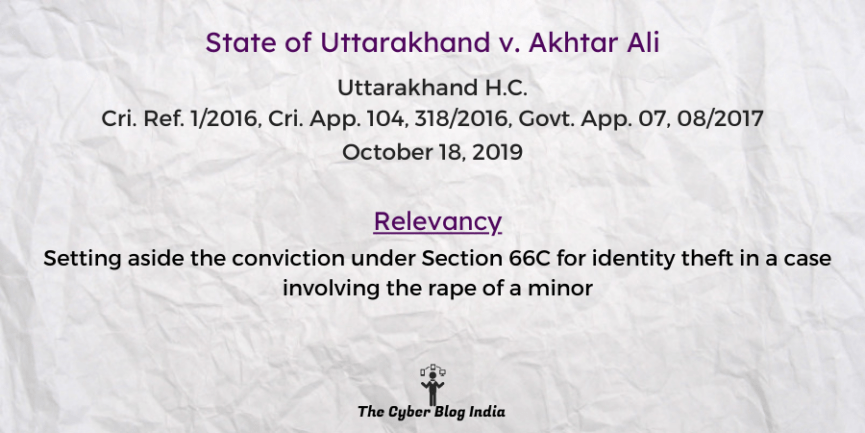 Relevancy of the Case: Setting aside the conviction under Section 66C for identity theft in a case involving the rape of a minor