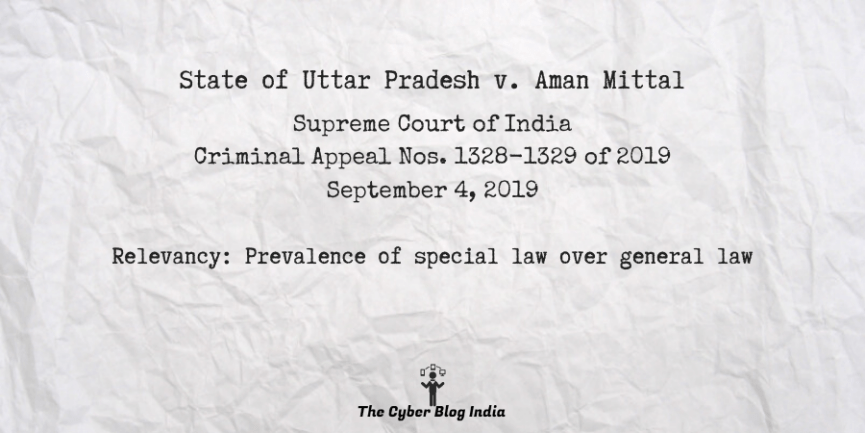 Relevancy of the case: Prevalence of special law over the general law

This case summary has been prepared by Gitanjali Sadan, an undergraduate student at Symbiosis Law School, Hyderabad, during her internship with The Cyber Blog India in June/July 2020.