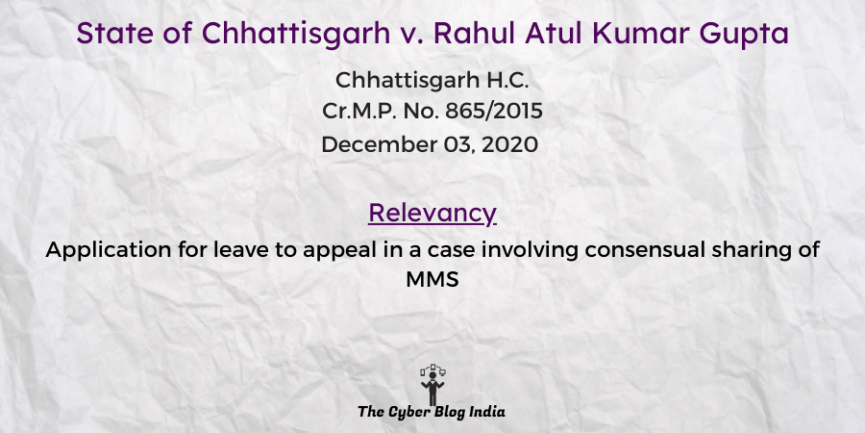 Relevancy of the case: Application for leave to appeal in a case involving consensual sharing of MMS