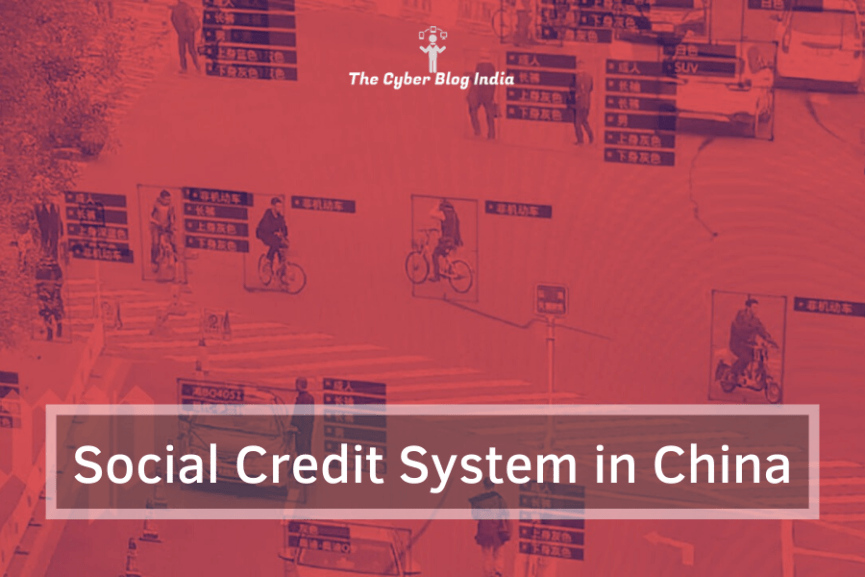 Internet-based platforms have become a crucial mechanism for proper administration and unification of data around the world. At present, there might not be any such resourceful systems in western countries; however, a few design systems about the use of digital media have started to become accessible. The rise of social media in affiliation with advancements in data processing is giving rise to a civilization where various facets of personal demeanour will be calculated quantitatively. In this article, I will be discussing China’s social credit system in detail.

The social credit system in China aims to blend a financial credit score system with an extensive analysis of national and social integration for all its inhabitants and enterprises. Nonetheless, this social credit system is not just restricted to one’s economic status but has a broader ambit. It takes into account other vital aspects of a citizen’s life as well, such as their mentality, inter-personal interaction, political views, etc. The concept of social credit system materialized back in 2007, with various projects declared by the Chinese government in 2014.

The social credit system in China broadens the idea of different facets of life, such as an individual’s honesty and behavioural patterns. The construction of a social credit system began in 2014. It is clear from the 2014 document that the social credit system was conceptualized in the early 90s. This system might prove to be a beneficial tool for the government to manage China’s increasing population and would allot a ranking to about 1.4 billion people. The exploration period for this system is from 2014-2020. With a few pieces assembled in 2014, the Chinese government aims to join the remaining ones by 2020.

A social credit system is a vital component of the socialist market economy system and the social governance system. It is founded on laws, regulations, standards, and charters, it is based on a complete network covering the credit records of members of society and credit infrastructure. It is supported by the lawful application of credit information and a credit services system, and its inherent requirements are establishing the idea of a sincerity culture, and carrying forward sincerity and traditional virtues. It uses encouragement to keep trust and constraints against breaking trust as incentive mechanisms. Its objective is raising the honest mentality and credit levels of the entire society.

The Chinese social credit system emanates from grid-style social management, a strategic policy that was implemented in certain selected areas of China from 2001 and 2002 during the tenure of Jiang Zemin. This type of system intended for a close scrutinization of society to obtain data and anticipate social uncertainty in the nick of time. Grid management strengthened the Chinese government’s control over society. However, the government did not establish a strategy for social outreach, and this system was limited.

As per the 2014 planning document, there are several criteria which add up to the social credit scores such as government procurement, import, and export trading, labour, and employment. Some other measures include health inspection, taxation, public transportation, social security, scientific research management, hotels and restaurants, Communist Party promotion and appointments, applications for government financial support, currency conversion, insurance sales, the manufacture of specialized equipment, work in mining, chemicals, and the production of food and medicine. The social credit system seeks to set the society in motion and keep a check on their behaviour effectively. 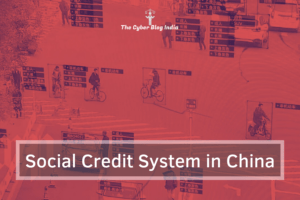 As per the Chinese government, the objective behind establishing this social credit system is primarily about creating trust. This system is to break the notion of trust-keeping being insufficiently rewarded. It is clear that the Chinese do have several trust constraints, ranging from pollution, pay disparity, etc. However, this can be exploited for enacting ambiguous regulations such as threatening national unity.

This social credit system can be said to be concentrated mostly around the power of the Chinese government. It would not be incorrect to state that this credit system is primarily established and designed for the expansion of the Chinese Communist Party’s power. It is tough to believe about problem-solving being the real objective of the Communist party since social credit seems a tad unnecessary. It appears to be another attempt for an alliance between social, financial development, and political power, coupled with technology.

The Chinese government, through this social-credit system, aims to reprimand and reward, i.e., raising the penalties for poor conduct and rewards for a courteous attitude. It seeks to amalgamate innovation with human behavioural control, taking the nation to new heights of autocracy. The evaluation of the citizens will be as per the reliability standards of the state.

The judicial system of China does not offer bonafide protection for the citizens. There does not exist any rule of law in the People’s Republic of China. There has been continuous misuse of regulations for political agendas by the Communist Party.On April 25, 2018, the Civil Aviation Administration of China (CAAC), the PRC’s civilian airline regulator, sent dozens of international airlines letters demanding that their websites be changed to show Taiwan as a part of the People’s Republic of China. The message the CAAC sent to United Airlines was made public. In it, the CAAC said,

“Our bureau will take further measures according to regulations, including based on Article 8, Section 11 of the ‘Civil Aviation Industry Credit Management Measures (Trial Measures),’ and make a record of your company’s serious dishonesty and take disciplinary actions against your company under Chapter 3 of the Measures.”

The system used to pressure the airlines was a pilot of the Civil Aviation Industry Credit Measures, which is part of the official social credit system. In addition to the abuse of power, the side effects of countrywide vigilance, and the possibility of incorrect information, the social credit system has massive potential for adverse consequences.

Working of the System

Many firms are associating with the Chinese government to establish a structure of software designs and algorithm models for calculation of credit score. The People’s Bank of China accredited eight companies for starting probation of this social credit system, which include Sesame Credit, Didi Chuxing, Tencent, and Baihe.com, to name a few. Ant Financial’s Zhima Credit is better known as Sesame Credit. It is pertinent to note that Ant Financial is a payment firm spun out of Alibata. The constituent systems use shopping habits, among other data, to inform credit-style scores, on an opt-in basis.

Users are encouraged to flaunt their good credit scores to friends and even potential mates. China’s most significant matchmaking service, Baihe, has teamed up with Sesame to promote clients with good credit scores, giving them prominent spots on the company’s website.

It is essential to understand the working of the social credit system. It is an amalgamation of algorithms and big data models. The enterprises will be provided with a social credit code and all individuals with a unique identity number. The ultimate aim is to link this to a permanent record. For instance, you could enter the identity code for a particular individual, and the website shall display the credit score or the history of the citizen.

The ranking of the social credit score also depends on the geographical factor as well, i.e., the places have their classification, varying from misbehaving, not paying their dues, etc. For instance,

The city of Rongcheng assigns each resident a starting score of 1,000 – points are deducted for things like traffic violations, while they can be earned by volunteering or donating to charity. Mainly “good” citizens will be celebrated and their pictures displayed outside the town hall, while “bad” citizens might, for example, find it challenging to apply for a government job.

This system has several parts as well, which include blacklist as well. As part of the blacklist, if you are liable to pay the government some amount of money, you could lose some of your rights. However, there is a stark distinction between getting blacklisted and achieving a low credit score.

A Chinese journalist named Liu Hu used to write about corruption and the monitoring of censorship. Due to his work, he was arrested, fined, and blacklisted. The journalist found out that he was on a List of Dishonest Persons Subject to Enforcement by the Supreme People’s Court as ‘not qualified’ to buy a plane ticket, and banned from travelling some train lines, purchasing property, or taking out a loan. In his conversation with The Globe and Mail, the journalist told that,

“There was no file, no police warrant, no official advance notification. They just cut me off from the things I was once entitled to.”

There still looms uncertainty over the consequences of China’s social credit system. Though it is nearing the 2020 deadline, it is not yet fully existent. Several comparisons can be drawn between applications such as eBay, Uber, Ola, etc. that have a rating system whether the sellers/drivers can rate the users and vice versa. However, there is a fundamental difference in their functioning. It would not be incorrect to conclude that the People’s Republic of China resembles the characteristics of an autocratic country, and the Communist Party of China is headed towards breaching fundamental human rights on a massive scale.