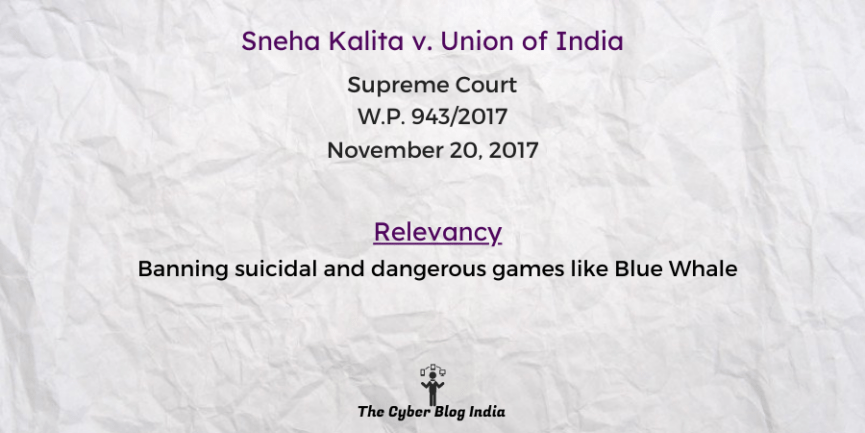 Relevancy of the case: Banning suicidal and dangerous games like Blue Whale