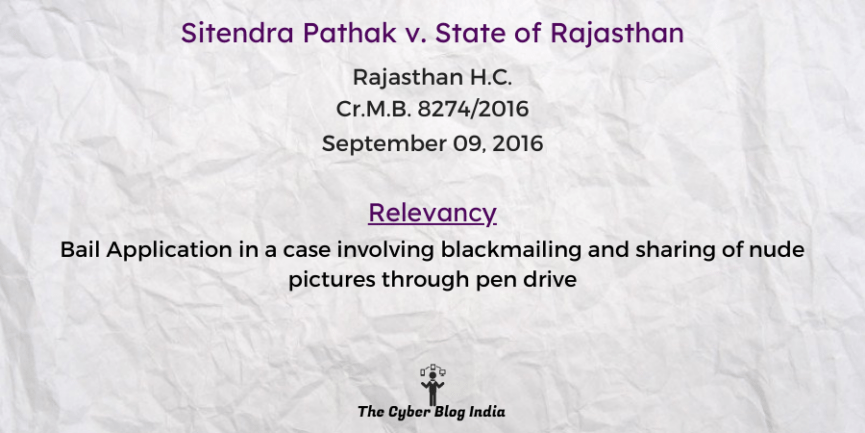 Sitendra Pathak v. State of Rajasthan
In the High Court of Rajasthan
Cr.M.B. 8274/2016
Before Justice Nirmaljit Kaur
Decided on September 09, 2016

Relevancy of the case: Bail Application in a case involving blackmailing and sharing of nude pictures through pen drive