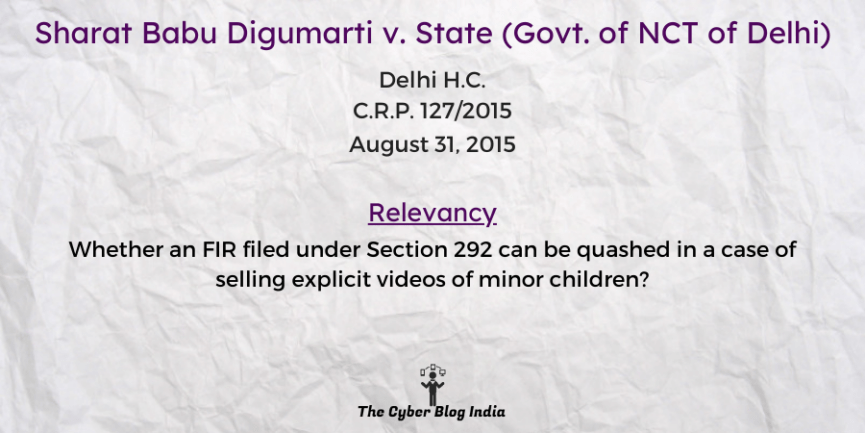 Relevancy of the case: Whether an FIR filed under Section 292 can be quashed in a case of selling explicit videos of minor children?