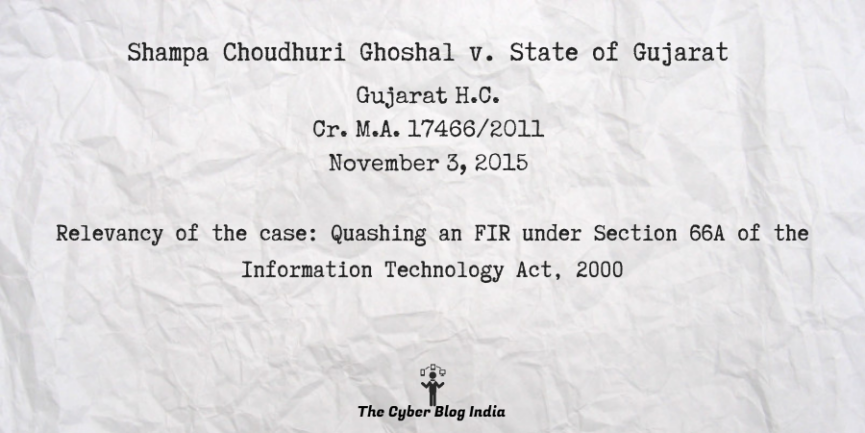 Shampa Choudhuri Ghoshal v. State of Gujarat
In the High Court of Gujarat
Cr. M.A. 17466/2011
Before Justice J B Pardiwala
Decided on November 3, 2015

Relevancy of the case: Quashing an FIR under Section 66A of the Information Technology Act, 2000