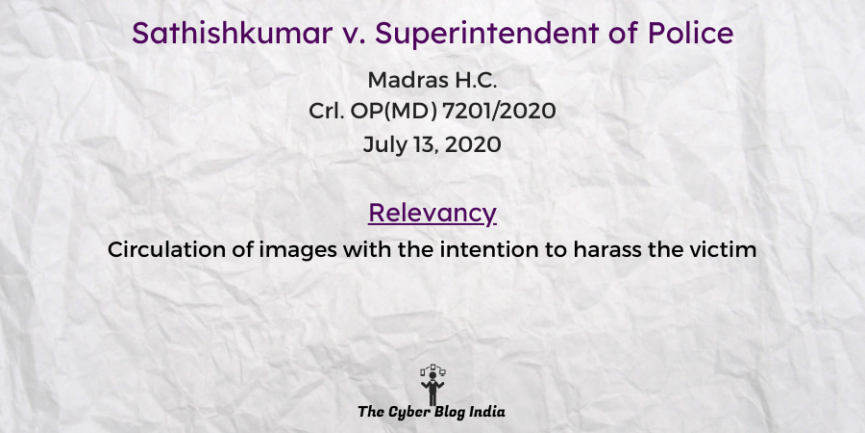 Sathishkumar v. Superintendent of Police
In the High Court of Madras
Crl. OP(MD) 7201/2020
Before Justice R. Pongiappan
Decided on July 13, 2020

Relevancy of the case: Circulation of images with the intention to harass the victim.