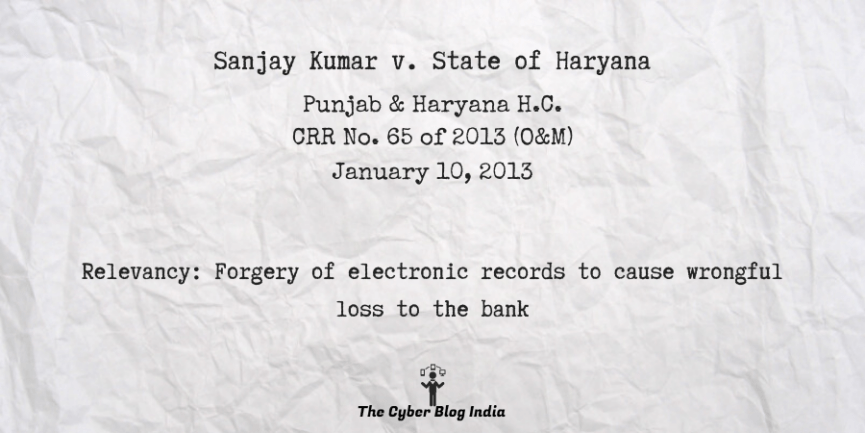 Sanjay Kumar v. State of Haryana
In the High Court of Punjab and Haryana
CRR No. 65 of 2013 (O&M)
Before Justice Paramjeet Singh
Decided on January 10, 2013

Relevancy of the case: Forgery of electronic records to cause wrongful loss to the bank