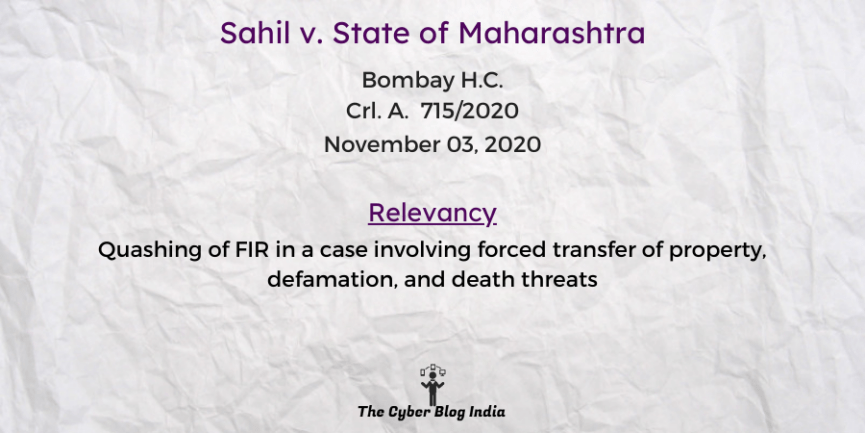 Relevancy of the case: Quashing of FIR in a case involving forced transfer of property, defamation, and death threats