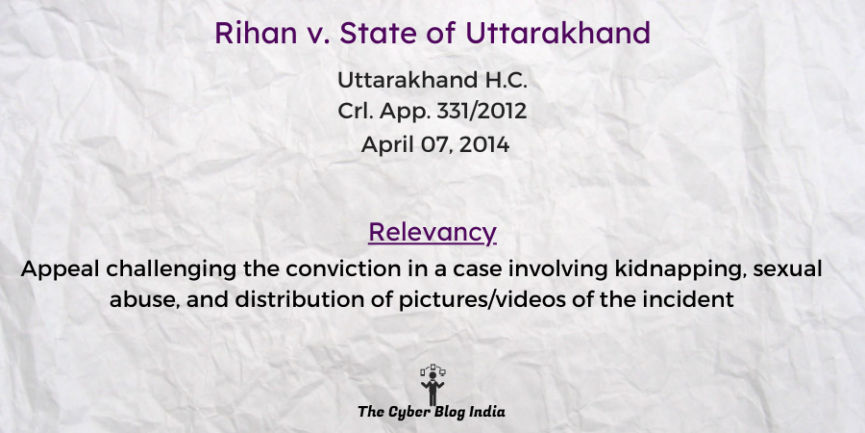 Relevancy of the case: Appeal challenging the conviction in a case involving kidnapping, sexual abuse, and distribution of pictures/videos of the incident.