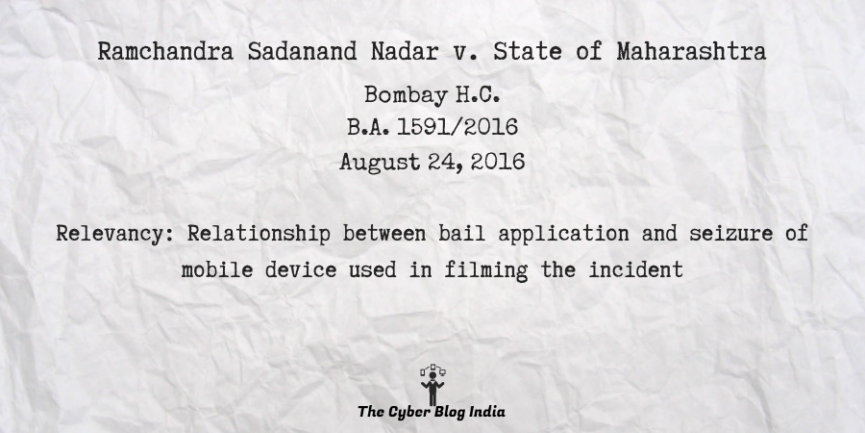 Relevancy of the case: Relationship between bail application and seizure of mobile device used in filming the incident