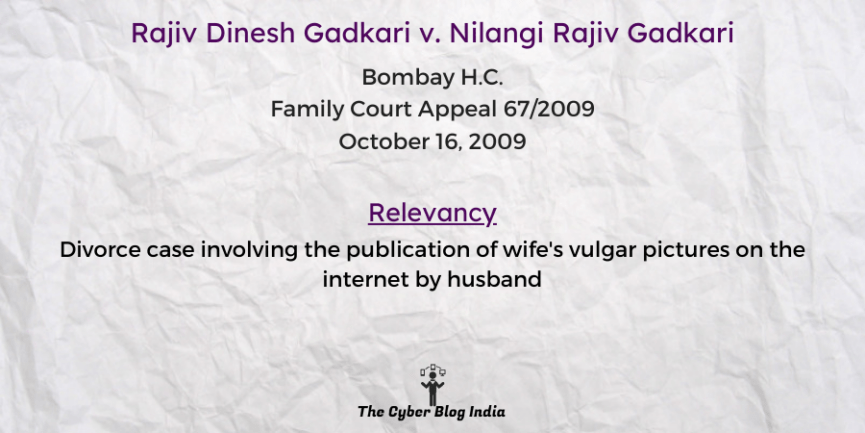 Relevancy of the case: Divorce case involving the publication of wife’s vulgar pictures on the internet by husband

Opinion of the Court