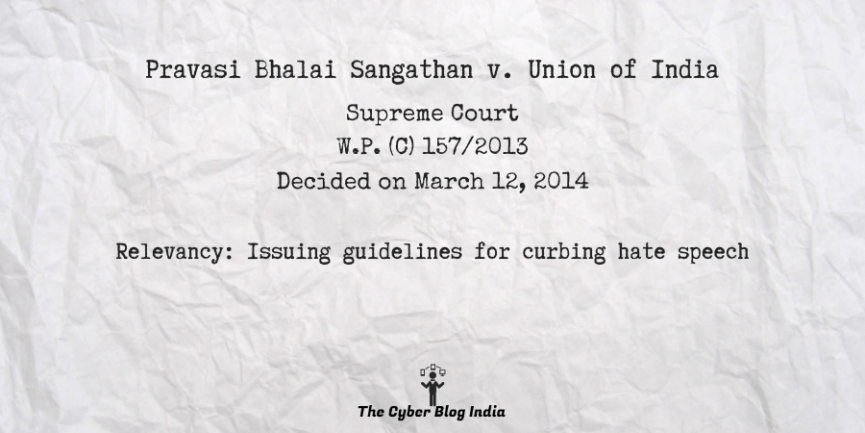 Relevancy of the case: Issuing guidelines for curbing hate speech