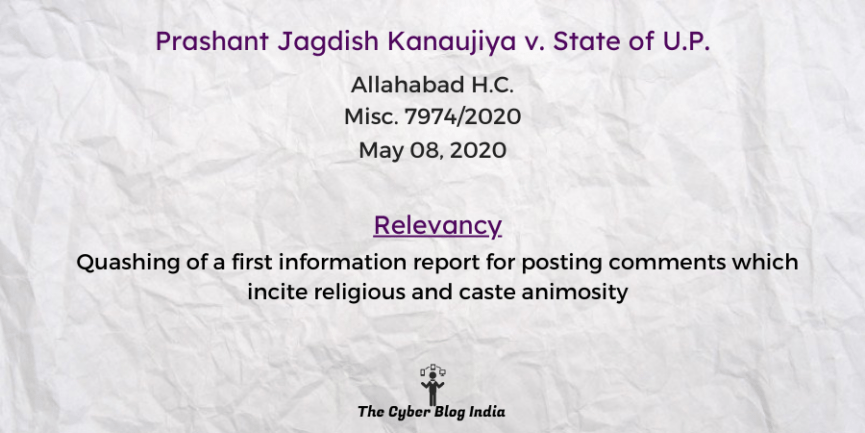 Relevancy of the case: Quashing of a first information report for posting comments which incite religious and caste animosity