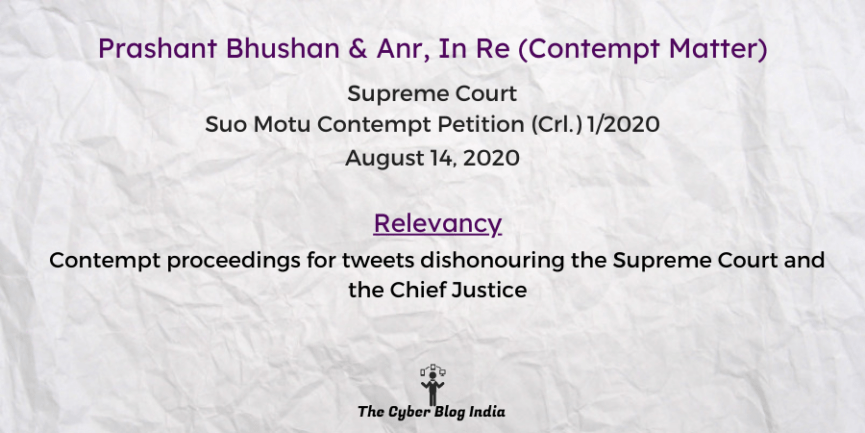 Relevancy of the Case: Contempt proceedings for tweets dishonouring the Supreme Court and the Chief Justice