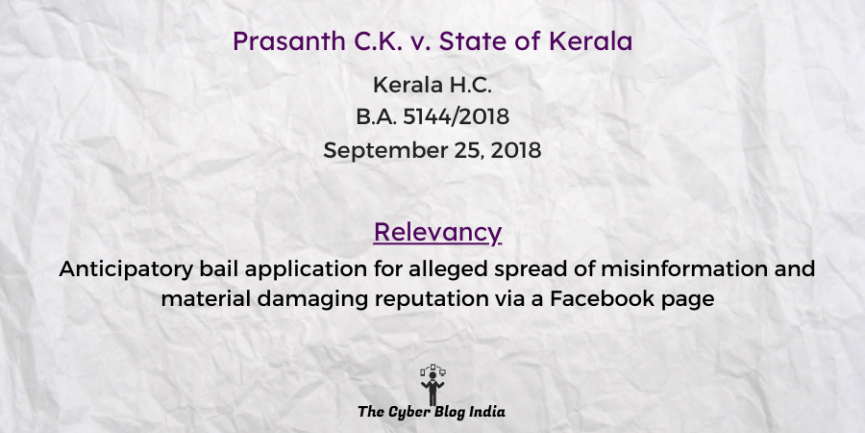 Relevancy of the case: Anticipatory bail application for alleged spread of misinformation and material damaging reputation via a Facebook page