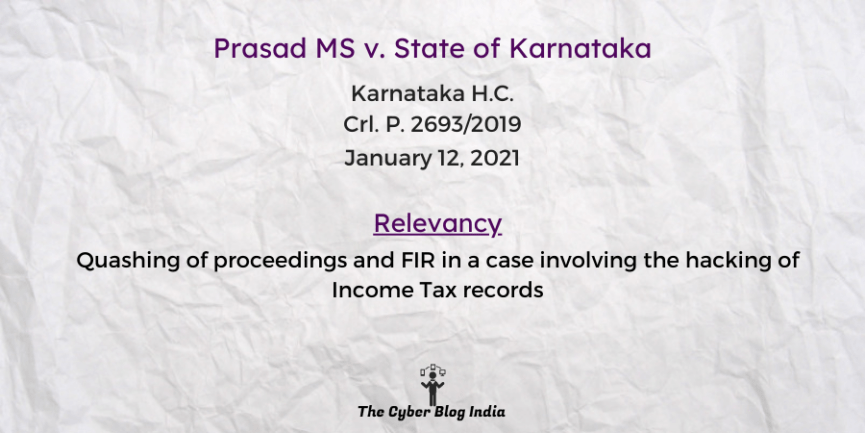 Relevancy of the case: Quashing of proceedings and FIR in a case involving the hacking of Income Tax records