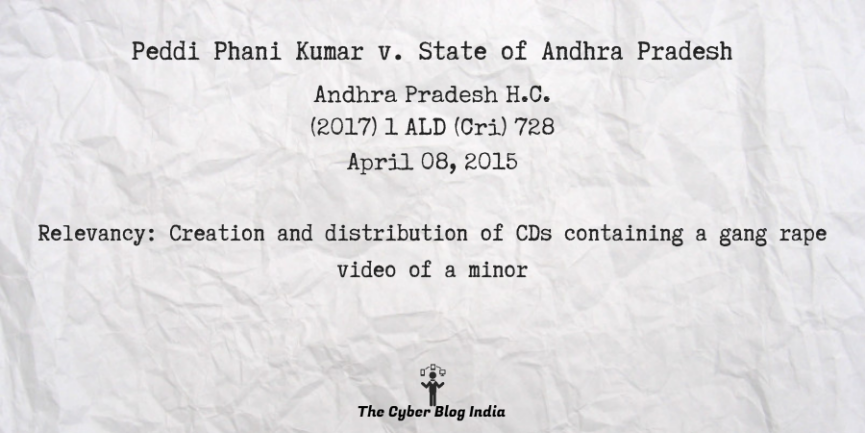 Relevancy of the case: Creation and distribution of CDs containing a gang rape video of a minor