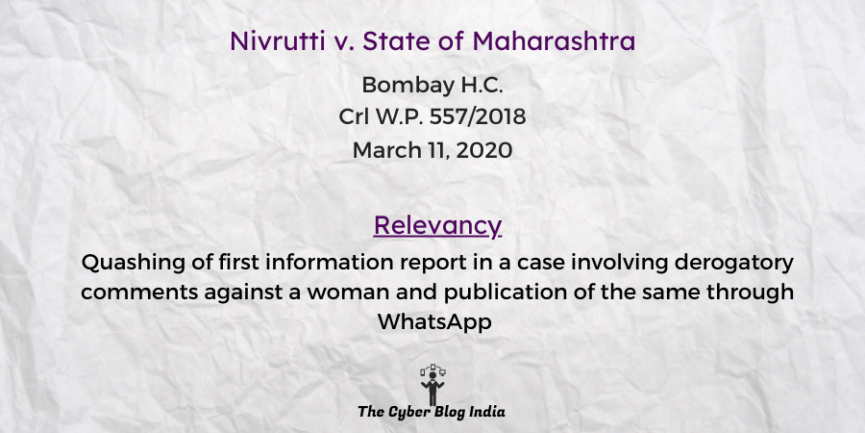 Relevancy of the case: Quashing of first information report in a case involving derogatory comments against a woman and publication of the same through WhatsApp