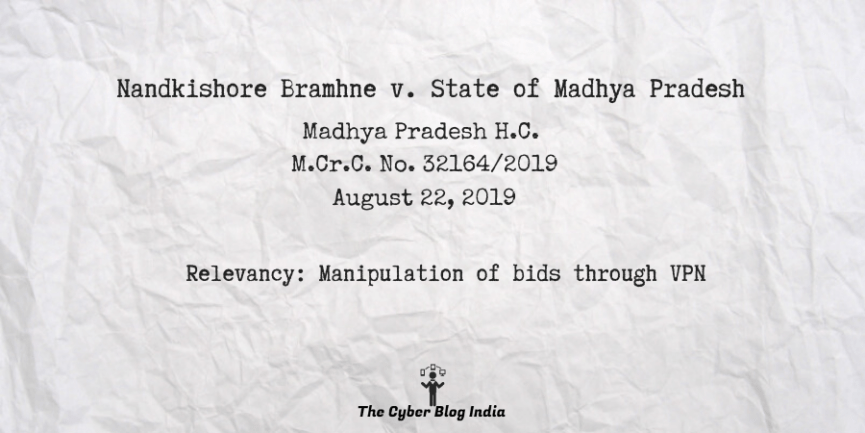 Relevancy of the case: Manipulation of bids through VPN

Shri H S Chhabra, Counsel on behalf of the Respondent:

Shri Anil Khare, Counsel on behalf of the Applicant: