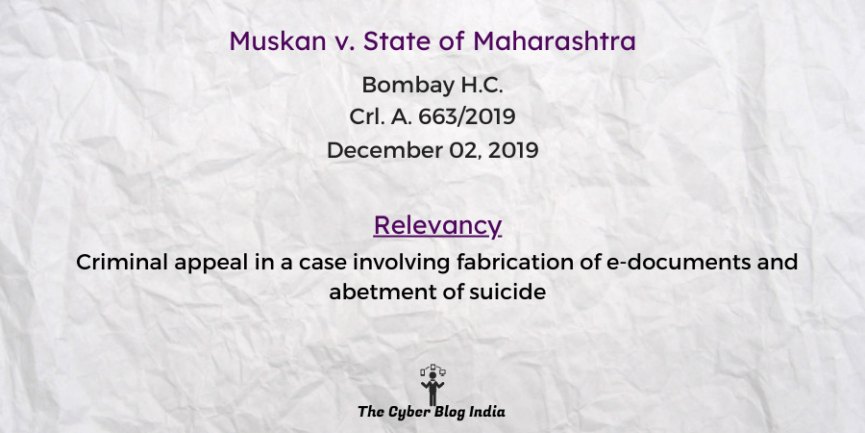 Relevancy of the case: Criminal appeal in a case involving fabrication of e-documents and abetment of suicide