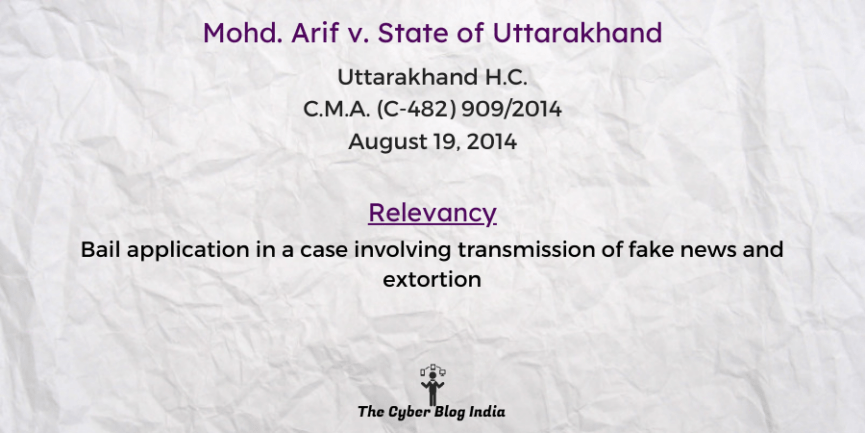 Relevancy of the case: Bail application in a case involving transmission of fake news and extortion

Arguments by the Advocates

This case summary has been prepared by Akshita Rohatgi, an undergraduate student of the University School of Law and Legal Studies, GGSIPU, during her internship with The Cyber Blog India in January/February 2o21.