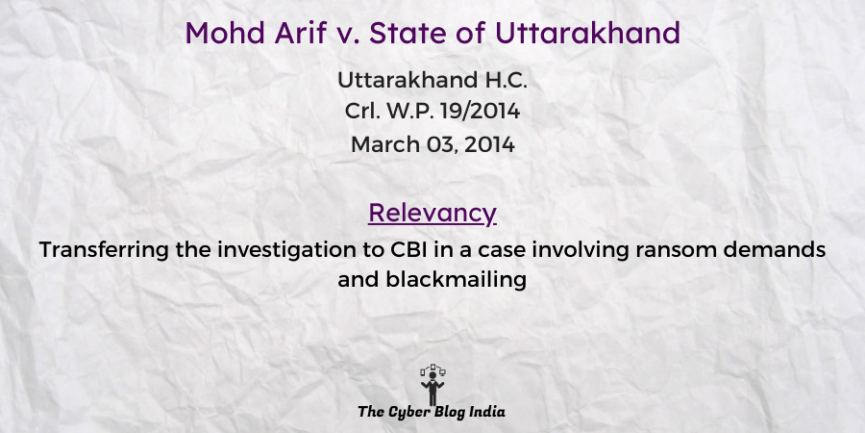 Relevancy of the case: Transferring the investigation to CBI in a case involving ransom demands and blackmailing