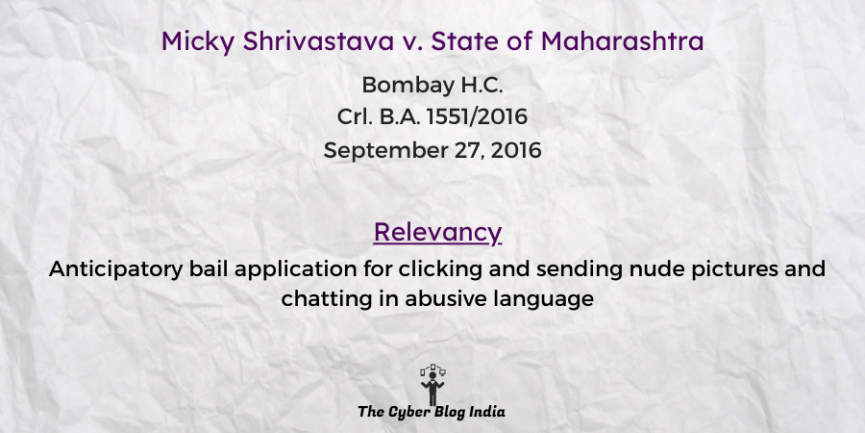 Relevancy of the case: Anticipatory bail application for clicking and sending nude pictures and chatting in abusive language