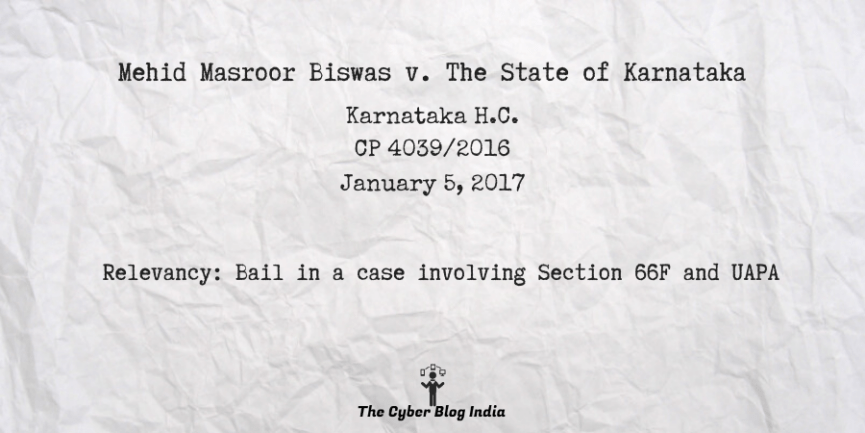 Relevancy of the case: Bail in a case involving Section 66F and UAPA

This case summary has been prepared by Mansi Vats, an undergraduate student at UPES, Dehradun, during her internship with The Cyber Blog India in June/July 2020.