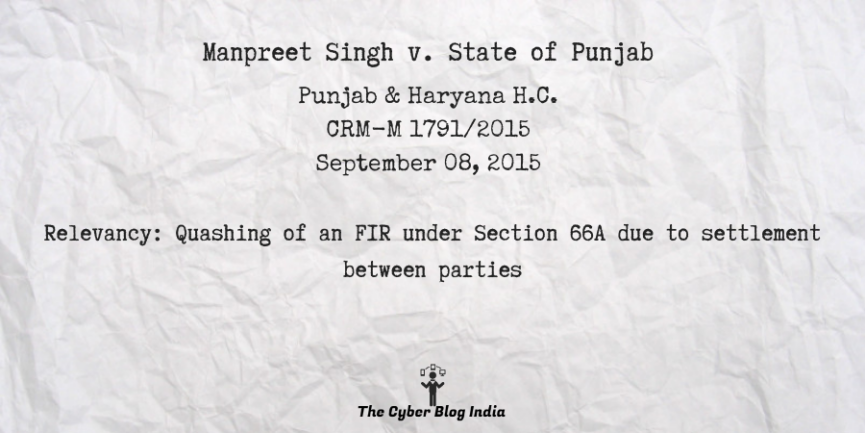 Relevancy of the case: Quashing of an FIR under Section 66A due to settlement between parties