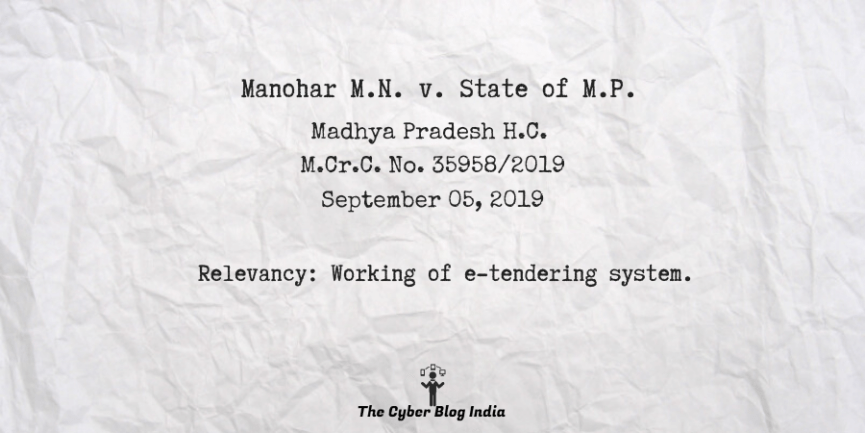 Relevancy of the case: Working of the e-tendering system.