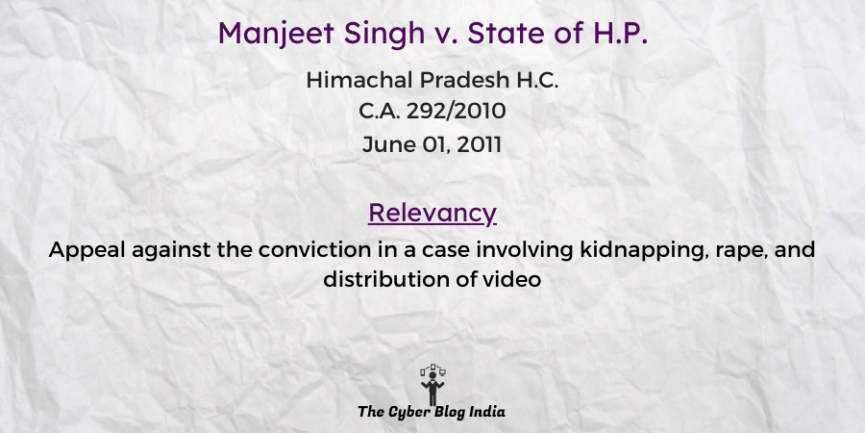 Relevancy of the case: Appeal against the conviction in a case involving kidnapping, rape, and distribution of video

This case summary has been prepared by Neelangini Tiwari, an undergraduate student of Kirori Mal College, DU, during her internship with The Cyber Blog India in January/February 2021.