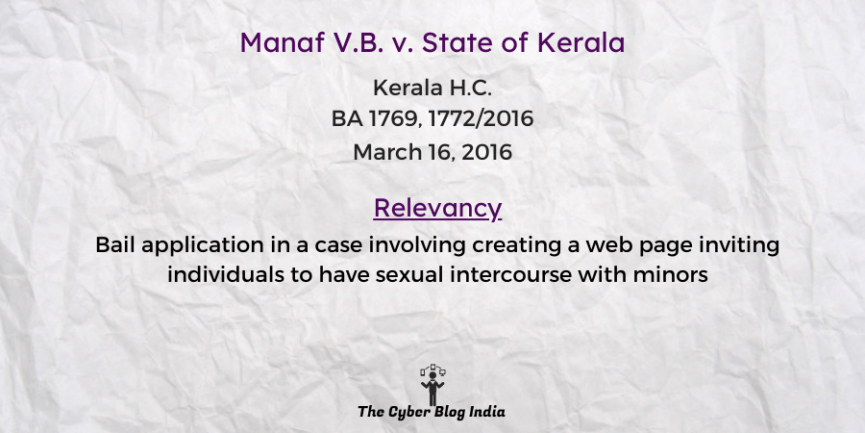 Relevancy of the Case: Bail application in a case involving creating a web page inviting individuals to have sexual intercourse with minors