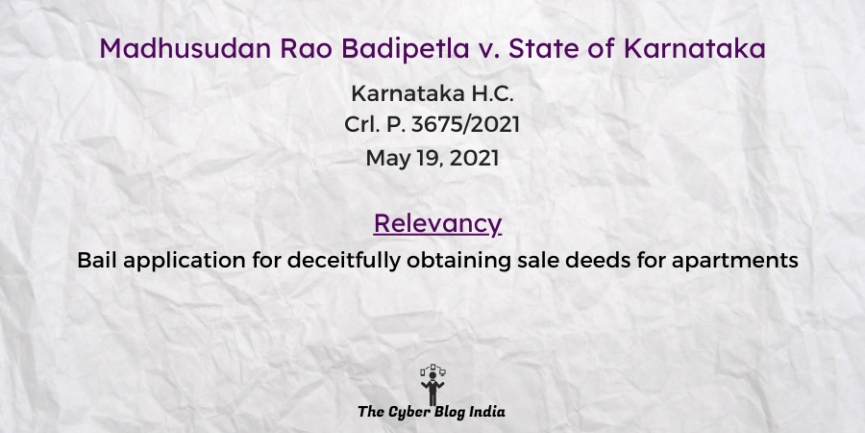 Madhusudan Rao Badipetla v. State of Karnataka
In the High Court of Karnataka
Cr. P. 3675/2021
Before Justice BM Shyam Prasad
Decided on May 19, 2021

Relevancy of the case: Bail application for deceitfully obtaining sale deeds for apartments