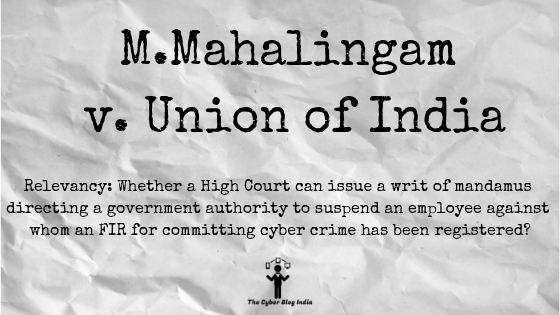 Relevancy of the case: Whether a High Court can issue a writ of mandamus directing a government authority to suspend an employee against whom an FIR for committing cyber crime has been registered?