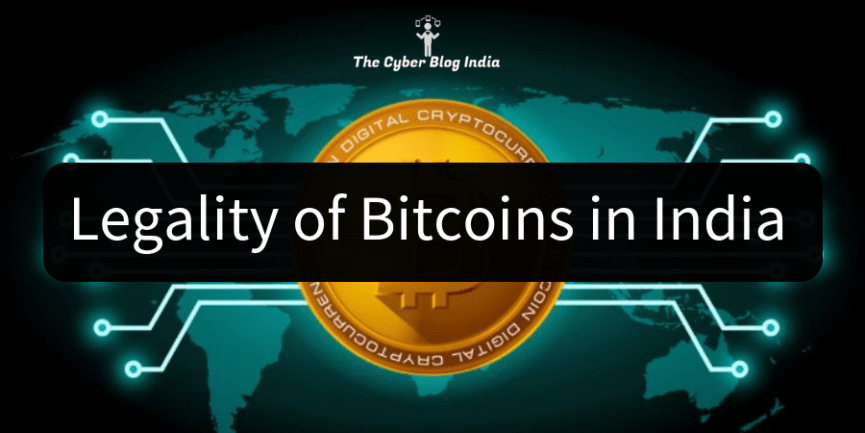 The revolution of technology has caused a huge shift in almost every sector and impacted each and every sphere of life. The development has been on a rise, thanks to the rapid pace of innovative ideas and think-tanks. Digital currency is an emerging idea, developed over the past few years. The concept has been for quite a time now but gained ground via popularity of Bitcoins. Currency is widely accepted as a medium of exchange of transactions. A virtual currency or cryptocurrency involves the usage of cryptography for its designing to enable transactions. Bitcoin is a type of cryptocurrency and a unique virtual payment system.

This innovative brainchild works upon the peer to peer technology, enabling the users to transact without any mediator. Over the past few years, online transactions have changed the definition of money significantly. The virtual currency works without any use of the central administrator or servers and is the first decentralized cryptocurrency. Bitcoin is not limited to terrestrial boundaries since it does not require any signatory for its generation. The history of Bitcoins date back to 2009, under the name of Satoshi Nakamoto, wherein it was launched.

Bitcoin works upon the blockchain technology. A blockchain is a public ledger of all the transactions taking place and is transparent for every user in the network. Bitcoin is formulated through the idea of mining, and a transaction takes place only when the users are able to solve a series of cryptographic codes especially designed for this purpose. A transaction cannot be reversed back once it has been confirmed and processed by the user. The entire network runs in concurrence with the users, in relation to the validity of their transaction and account balance. The system has been designed in such a manner that the maximum number of Bitcoins never exceed 21 million, thereby preventing the devaluation of the currency. 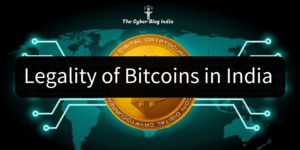 Legality of Bitcoins in India

From a legal standpoint, the usage of cryptocurrency continues to hold a grey perspective in many of the countries. The legal position varies in different parts of the world and its usage is still undefined. The status of bitcoins in India lies in oblivion, at present. In June 2013, The Reserve Bank of India affirmed the use of such digital currencies and identified the challenges related to its governing and viability. Subsequently, on 24 Dec 2013, RBI released a press note and discussing non-authorization of digital currencies by any financial authority. A detailed analysis is required to understand the status of Bitcoin in India.

Since Bitcoin is a digital currency and lacks the recognition from any sort of monetary authority, it is outside the ambit of the coins under Sec 2(a) of the Coinage Act, 2011, which defines the governance of coins in India. Currency has been defined under the Foreign Exchange Management Act, 1999 under Sec 2(h). Bitcoins, being a cryptocurrency are far from being considered as a currency under the FEMA. However, the Reserve Bank of India is empowered to include any instrument under the definition of currency, by issuing an appropriate bulletin.

Is it possible to legalise cryptocurrency in India?

The RBI is meticulously observing the applicability of Bitcoins and the decision of several other financial authorities such as SEBI towards the former. The Central Government has also been bestowed with similar power for the inclusion of securities under the definition of security. In 2000, RBI exercised its power of inclusion to bring credit cards under the ambit of currency. So, there are such routes available for the legalization of Bitcoins in India.

However, presently the RBI is unable to administer the applicability of Bitcoins in the nation. Under the Sales of Good Act, 1930, the price is considered to be a crucial element in the enforcement of a transaction. If Bitcoins are considered to be a property for the purpose of transactions, it would mount to a barter or exchange transaction, which raises questions upon the enforceability of the transaction under the statute. But since the transaction of Bitcoins is not violative of public policy through any means and also forms a lawful consideration, it might be enforceable under the Indian Contract Act, 1872. Bitcoins have gained ground in various contexts and simultaneously posed several challenges relating to its taxability. Under the Income Tax Act, 1961, Sec 2(14) entails securities and the properties held by an assessee and might include Bitcoins as capital assets. The users involved in the transaction of Bitcoins can be made to pay taxes upon treating the Bitcoins as a capital gain.

In 2018, the Ministry of Finance reportedly set up a committee for drafting a framework regulating the cryptocurrencies. The committee is being headed by Subhash Chandra Garg, Secretary of Department of Economic Affairs. The committee is tasked with studying of all the cryptocurrencies inclusive of Bitcoins. However, the Ministry of Finance has reportedly clarified that the panel is pursuing the matter with due caution in absence of a globally acceptable solution and there is no urgent need for cryptocurrency regulation, as said by Sh. Pon Radhakrishnan, in Lok Sabha.

Bank of International Settlements (BIS) is an international financial institution owned by various central banks, including the Reserve Bank of India (RBI). In Jun 2018, it published a report claiming that cryptocurrencies and the like could feasibly destabilize the traditional banking structure around the world. Thereafter, according to one of the members of the inter-ministerial committee,

If Bitcoin and other digital currencies are going to be allowed to be used for payments then whether it will end up destabilizing the fiat currency is a major concern.

The Financial Stability Board (FSB) is an international body that monitors and makes recommendations about the global financial system. The FSB promotes international financial stability; it does so by coordinating national financial authorities and international standard-setting bodies as they work toward developing strong regulatory, supervisory and other financial sector policies. It fosters a level playing field by encouraging coherent implementation of these policies across sectors and jurisdictions.

The members of FSB include The Securities and Exchange Board of India, the RBI and the Ministry of Finance, along with 23 other countries plus international organizations such as the European Commission, the Bank for International Settlements, the International Monetary Fund, and the World Bank. FSB published a report on Oct 10, 2018, which sets out the analysis behind the FSB’s proactive assessment of the potential implications of crypto-assets for financial stability. In lieu of FSB’s report, The Reserve Bank of India (RBI) in its report on Dec 28, 2018, stated that cryptocurrencies are not a threat presently but a constant monitoring is required, considering its increasing popularity and risks associated with it. According to the report,

“The market continues to evolve rapidly, however, and this initial assessment could change if crypto assets were to become more widely used or interconnected with the core of the regulated financial system,” the central bank detailed. “Cryptocurrencies need constant monitoring on overall financial stability considerations, given the rapid expansion in their usage,” the RBI concluded. The central bank’s latest report echoes its annual report which states that “Though cryptocurrency may not currently pose systemic risks, its increasing popularity leading to price bubbles raises serious concerns for consumer and investor protection, and market integrity.”

A public interest litigation, Writ Petition (Civil) no. 1076 of 2017, has been filed under Article 32 of the Indian constitution by Advocate Dwaipayan Bhowmick regarding the laws and regulations for Bitcoins in India. The honourable Supreme Court has issued notices to several ministries such as Ministry of Law, Information Technology, Finance and market regulators such as Securities and Exchange Board of India (SEBI) and RBI, demanding for setup of an administerial structure for digital currency and also for such currencies to be made answerable by the exchequer.

Subsequently, several petitions have been filed in the court in the context of legality of Bitcoins. In April 2017, the Central Government instituted an inter-disciplinary committee, comprising nine members including representatives from RBI, SBI, NITI Aayog and Department of Financial Services, for the examination of the prevailing structure of the cryptocurrency in India. In August 2017, an inter-ministerial report was submitted to the Centre by the Department of Economic Affairs but the details of the report were not made public. The RBI reiterated its stand vide a press release on 5 Dec 2017, highlighting their concern regarding the usage and applicability of digital currencies, wherein it clarified that it has not provided any sort of sanction or license for conduction of digital currencies such as Bitcoins. The Reserve Bank of India has clearly set forth that operation of such currencies by any user shall be entirely at their individual risk. However, the latest development in the RBI vs Cryptocurrency case is that the Apex Court has fixed February 26, 2019, for further hearing of the case. Earlier, it was scheduled on Jan 15 but was adjourned due to the absence of senior advocates for both the sides.

The present status about Bitcoins is that it has not been recognized as a legal tender, however, this does not mean the currency has been rendered illegal. Not being considered as a legal tender only mounts to it, not being accepted for the purpose of making a financial transaction. Bitcoins entail a broad spectrum for the economy and various opportunities for the growth of market and people. The onus lies on the Central Government to establish an operational structure for Bitcoins which does not restrict it completely and allows the creation of a new paradigm altogether.