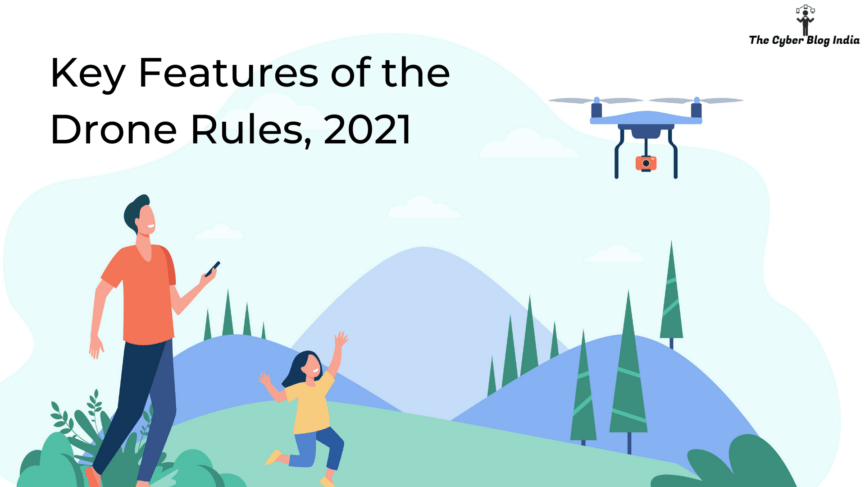 On June 27, 2021, small drones were used to drop explosives on the Jammu Air Base. This was the first instance when something like this happened, and the Army started procuring jammers to protect their forward bases. Earlier this year, the Unmanned Aircraft System (UAS) Rules, 2021, came into effect on March 12, 2021. Now, the Government seeks to liberalise these Rules by exercising their powers given under Sections 5, 10(2), 10A, 10B, and 12A of the Aircraft Act, 1934.

A draft of the Drone Rules, 2021 (“Rules”) was published in July 2021 and invited suggestions and objections from the general public. The draft Rules recognises the role drones can play in boosting the country’s economy and generating employment opportunities. However, at the same time, there is a need to regulate drone-related activities so that they do not pose risks to the safety or security of individuals and assets. In this article, we will be looking at key features of the Drone Rules, 2021. This rules have come into effect on August 25, 2021.

The Rules classify drones based on their total weight, including the payload they carry.

Drones are now required to be registered on an online platform called the Digital Sky platform. The Ministry of Civil Aviation has set up this platform to manage drone-related activities. Upon successful registration, this platform should issue a Unique Identity Number (UIN).

The Rules authorise the Central Government to create operating zones for various types of zones. These zones will be Red, Yellow, and Green. The Green Zone will be from the ground level to 400 feet (120 metres). The Government has to define and publish the information about these zones on the Digital Sky website within 30 days of the official notification. These zones are going to be dynamic in nature, and the Government may change the specifications.

According to Rule 23, all the state governments, union territory administrations, and law enforcement agencies will have access to data available on the Digital Sky platform.

As per Rule 28, the provisions of the Motor Vehicles Act, 1988 and related rules will apply for third-party insurance of drones. If a drone damages an individual’s property, the drone operator should compensate the victim.

The Unmanned Aircraft System (UAS) Rules, 2021, required a total of 25 forms for operating drones. However, the new Rules have brought this number down to 5. In a sense, the Government has liberalised drone regulation.

The new Rules reflect a change in the Government’s strategy for regulating drones. It is no longer far fetched thought that drones will start making home deliveries. Recently, Swiggy and ANRA Technologies have collaborated for starting trials for food delivery. As various applications of drones emerge, we will see a good number of challenges waiting to be solved. The most prominent challenges are the lack of plane surfaces, obstruction due to power lines, and security concerns.