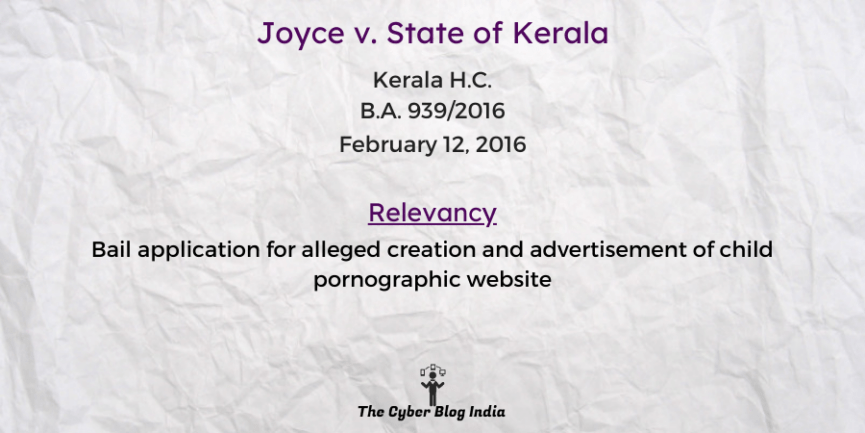 Relevancy of the case: Bail application for alleged creation and advertisement of child pornographic website.