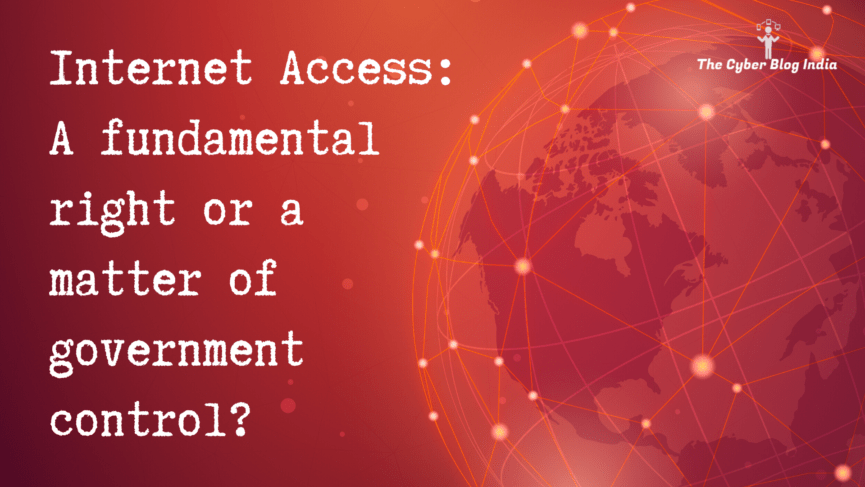 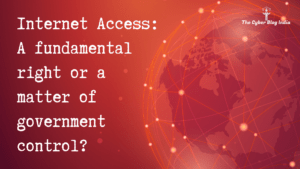 Internet Access: A fundamental right or a matter of government control?

Now, this case brings forth a myriad of concerns over the interpretation and validity of internet access as a right and its underlying importance in the current pandemic situation. The question arises whether internet access can be regarded as a fundamental right, or it is a matter of sole discretion by the government authorities. The case (Foundation for Media Professionals v. Union Territory of Jammu & Kashmir & Anr) particularly deals with the need to restore high-speed 4G services as against the current 2G services in J&K. This presents an interesting issue whether internet access can be capped at a particular speed even if it is regarded as a fundamental right.

Arguments by the petitioner and respondent

The petitioner argued that the access to fast mobile Internet is essential in the current COVID-19 crisis for browsing life-saving information about COVID-19, ability to work from home, access to education for students, and continuity of businesses. Restrictions on the Internet speed violate several fundamental rights guaranteed under the Constitution of India, including the right to health, education, freedom of speech, and the right to life.

The Government of J&K responded that the right to access the Internet is not a fundamental right and, the state can curtail freedoms of speech and expression over the Internet. The respondent argued that the restoration of 4G mobile services would lead to wide circulation of objectionable material, along with threatening the law and order situation in the union territory. The misuse of data services and applications for mobilizing crowds by anti-national elements can cause large-scale violence, disturb public order, and endanger national security.

The Supreme Court passed an order refusing to restore 4G Internet services owing to the significant increase in the militancy in J&K. The court noted that even though access to 4G Internet was desirable in this pandemic, the fact that outside forces were trying to destabilize the nation’s integrity could not be ignored. The Supreme Court recognized the hardships being faced by the citizens, but it held that the compelling circumstances of cross-border terrorism could not be ignored. The court constituted a Special Government Committee (‘Committee’) to examine the prevailing circumstances and the claims made by both parties.

The Supreme Court has held that the right to freedom of speech and expression, through the medium of the Internet, enjoys constitutional protection. Hence, any unreasonable restrictions on accessing the Internet constitutes an abrogation of the fundamental right to free speech. The Internet has provided a platform and various opportunities to its users to express their views and opinions through blogs, articles, speeches, videos and many other means. The growing significance of the Internet and its fundamental relationship to free speech compel one to believe that the realization of freedom of speech without providing access to the Internet is not viable.

The Government’s contention that right to access the Internet is not a fundamental right at all does not stand valid since Internet as a medium enables an individual to exercise their right of free speech and express their opinion regarding any issue. This is also visible in the Supreme Court’s decision striking down the controversial Section 66A of the Information Technology Act, 2000. Therefore, it can be considered that the right to access the Internet constitutes a fundamental right.

In the present case, it is important to consider the prevailing conditions in the union territory and the subsequent restrictions imposed to curb terrorism. On the other hand, the extraordinary circumstances of COVID-19 provide for the need to access the Internet at high speed to ensure quick delivery of services, facilitate work or study from home, placing online orders, among other essential IT-based services. It appears that both the sides have balanced concerns, and the Supreme Court’s ruling appears to be justified.

The Committee instituted by the Supreme Court comprises of the Union Home Secretary, Secretary of the Ministry of Communications and IT, and the Chief Secretary of the union territory of Jammu & Kashmir. While this might seem innocuous, there are some glaring constitutional issues regarding the Committee.

First, it is the role of the judiciary to decide whether State actions violate fundamental rights. In this case, the Supreme Court abdicated its responsibility. Instead of deciding whether the restrictions were constitutionally valid, the court referred the matter to the executive.

Second, the Committee members that will examine this issue were essentially involved in imposing the restrictions.

Right to access the Internet as a fundamental right in the emerging digital world is a great step taken by the Indian judiciary. In other jurisdictions such as France and Spain, this right has gained substantial prominence and has been given due recognition. This right is constitutionally valid since it is detrimental to the enjoyment and realization of other fundamental rights and freedoms of natural persons, including the right to privacy, the freedom of expression and the freedom to access information as well as the freedom of education.

This article has been written by Sukhvir Singh. He is a B.A. LL.B. (Hons.) student at the National Law University, Jodhpur.