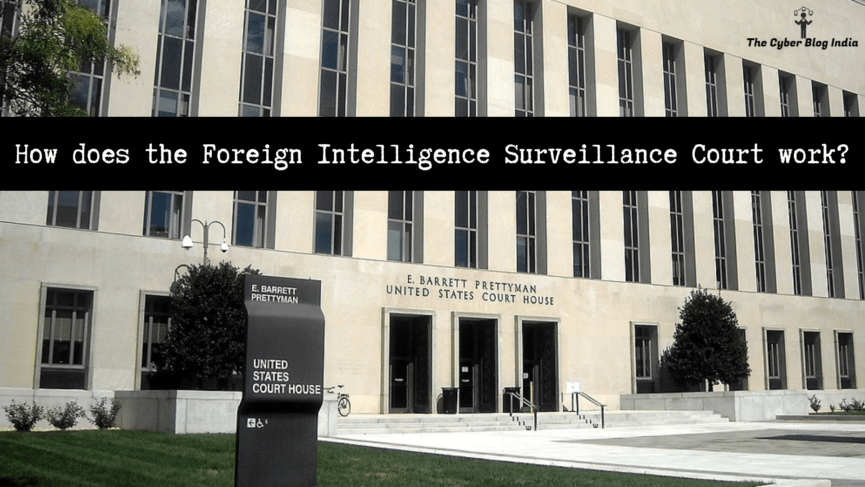 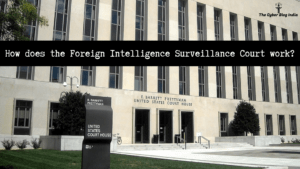 How does the Foreign Intelligence Surveillance Court work?

In 1978, the U.S. Congress passed the Foreign Intelligence Surveillance Act (FISA) to implement a statutory framework for government agencies to obtain authorisation for foreign intelligence operations. Without FISA, government agencies had virtually unlimited powers. There is a good chance you heard about FISA when Edward Snowden leaked information about U.S. spy programmes in 2013.

Under this act, an agency requests authorisation for any surveillance-related operation from the Foreign Intelligence Surveillance Court (FISC). FISC is the dedicated court in Washington, D.C. which deals with requests under FISA. The scope of FISA is limited to the following means of collecting foreign intelligence:

Before the 1970s, intelligence agencies had the unfettered constitutional power to conduct warrantless electronic surveillance for national security purposes. However, in United States v. U.S. District Court (1972), the U.S. Supreme Court considered the validity of warrantless electronic surveillance. In this case, the prosecution had charged the accused with bombing a CIA building. In an affidavit, the Attorney General mentioned that they approved wiretapping for gathering necessary intelligence information. The government claimed that warrantless electronic surveillance was a reasonable exercise of the President’s power to protect national security. The court held that the Fourth Amendment requires prior judicial approval for the type of surveillance involved in the case. The Watergate scandal served as another wake-up call for the U.S. Congress.

After the 9/11 terrorist attack, the USA Patriot Act of 2001 enlarged the scope of FISA, particularly regarding business records provision. Later on, the USA Freedom Act of 2015 narrowed the powers under FISA. Furthermore, the 2015 Act provided authority to the FISC to appoint amici curiae to its ex-parte proceedings. These changes happened after revelations regarding the bulk collection of telephone metadata came to light. Other prominent changes include the FISA Amendments Act of 2008. This legislation laid down procedures for targeting non-US individuals for intelligence gathering. It also covered the protection against surveillance for U.S. citizens outside the country.

How does the FISC function?

FISC consists of a total of 11 federal district court judges. The U.S. Chief Justice designates suitable judges as the judges for FISC. These judges must come from at least seven of the existing judicial circles. A judge serves for a term of up to seven years. Usually, judges sit for one week at a time on a rotating basis. The proceedings of FISC are ex-parte, as required by FISA.

The Department of Justice (DoJ) files an application with the court, which a single judge hears. At this stage, this application is called the proposed application, while the final application is approved by the Attorney General. If there are any changes between the two, the same has to be categorically identified for the court’s convenience. If the single judge rejects the application, DoJ can file an appeal in the Foreign Intelligence Surveillance Court of Review.

While dealing with applications, FISC considers probable cause. However, the treatment of probable cause under FISA differs from traditional criminal law. FISA requires the government to prove that the target is a foreign power or its agent, with extra protections for American citizens. The Fourth Amendment of the U.S. Constitution requires a law enforcement agency to provide probable cause before they obtain a warrant for search and seizure. It means that DoJ can get an order under FISA for a person X working in the Indian embassy, even if X is not violating any U.S. laws.

FISA serves the purpose of keeping a check on warrantless surveillance operations. The procedure outlined under this act and followed by FISC can be suitable learning lessons for India. The Indian Telecommunications Bill, 2022, does not have any provisions for judicial oversight. However, allowing judicial intervention in surveillance operations without judicial scrutiny appears to be a workable solution.