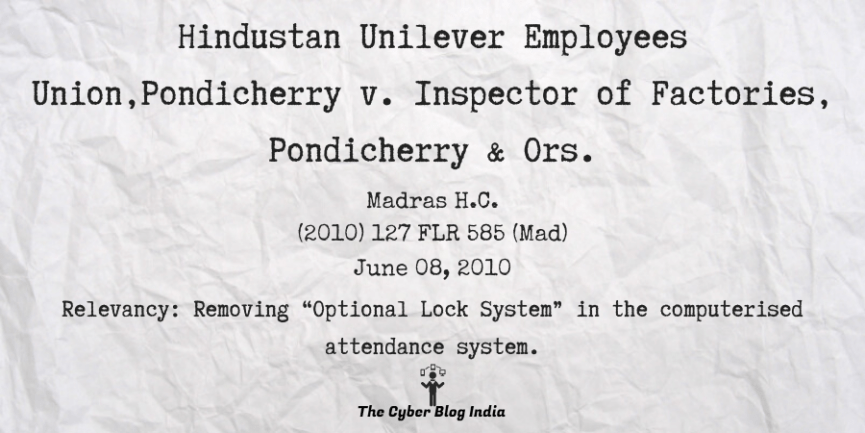 Relevancy of the case: Removing “Optional Lock System” in the computerised attendance system