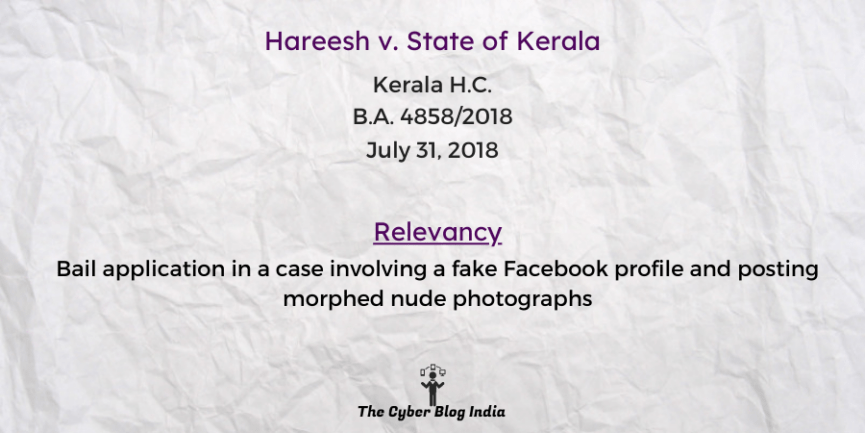 Relevancy of the case: Bail application in a case involving a fake Facebook profile and posting morphed nude photographs