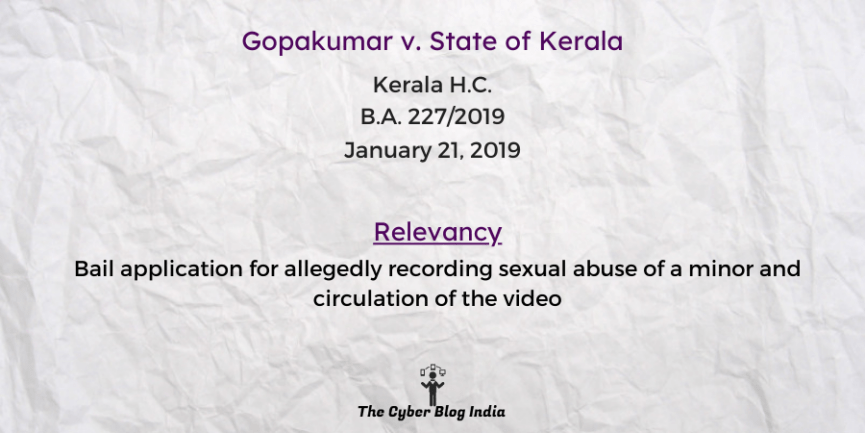 Gopakumar v. State of Kerala
In the High Court of Kerala
B.A. 227/2019
Before Justice Raja Vijayaraghavan V
Decided on January 21, 2019

Relevancy of the case: Bail application for allegedly recording sexual abuse of a minor and circulation of the video