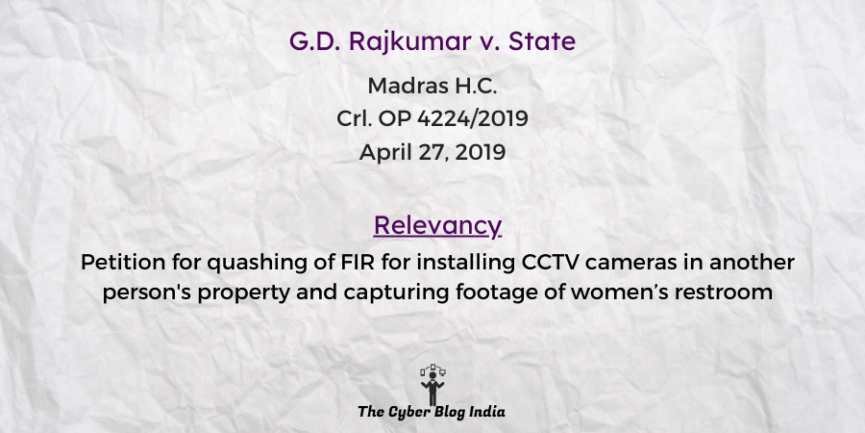 Relevancy of the case: Petition for quashing of FIR for installing CCTV cameras in another person’s property and capturing footage of women’s restroom.