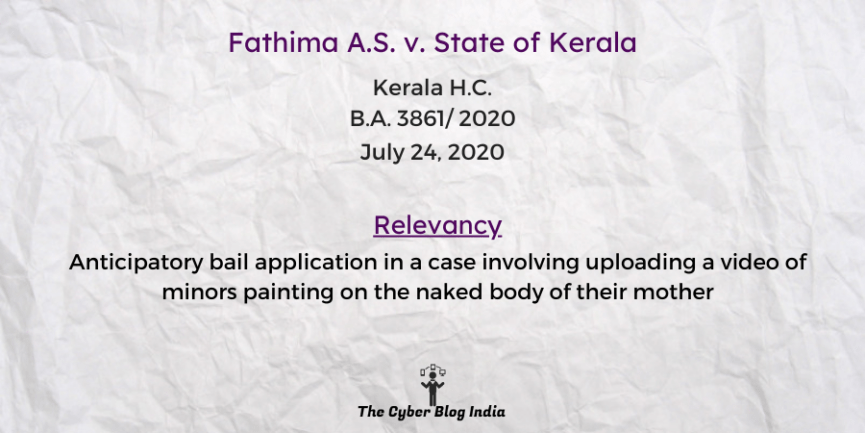 Relevancy of the case: Anticipatory bail application in a case involving uploading a video of minors painting on the naked body of their mother