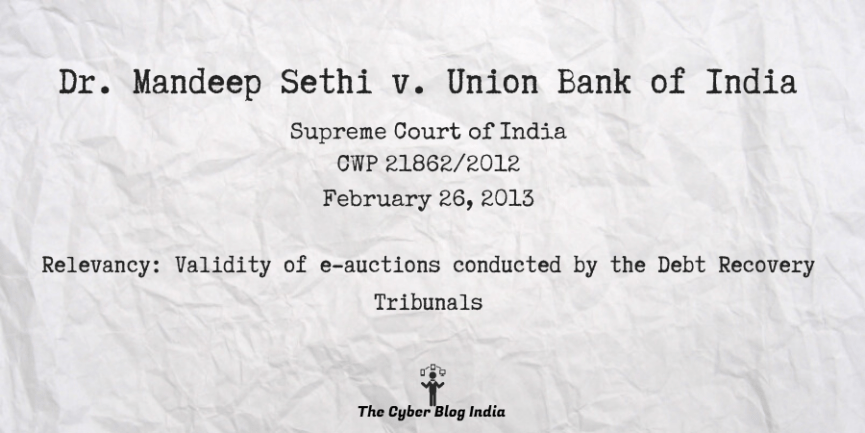 Relevancy of the case: Validity of e-auctions conducted by the Debt Recovery Tribunals