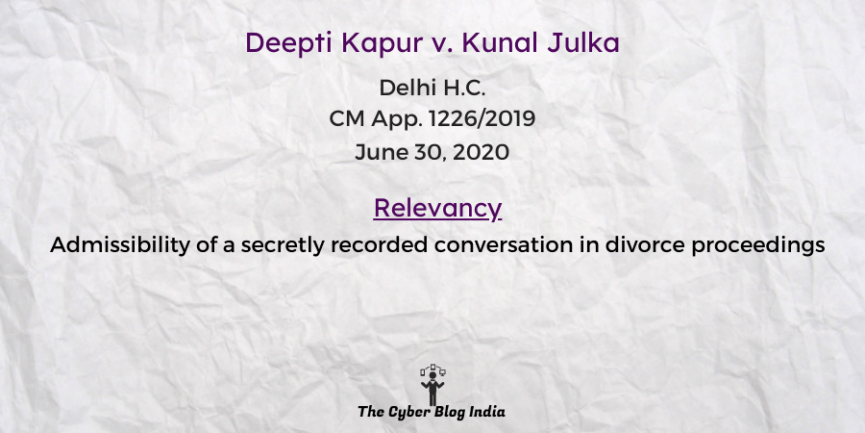 Relevancy of the Case: Admissibility of a secretly recorded conversation in divorce proceedings