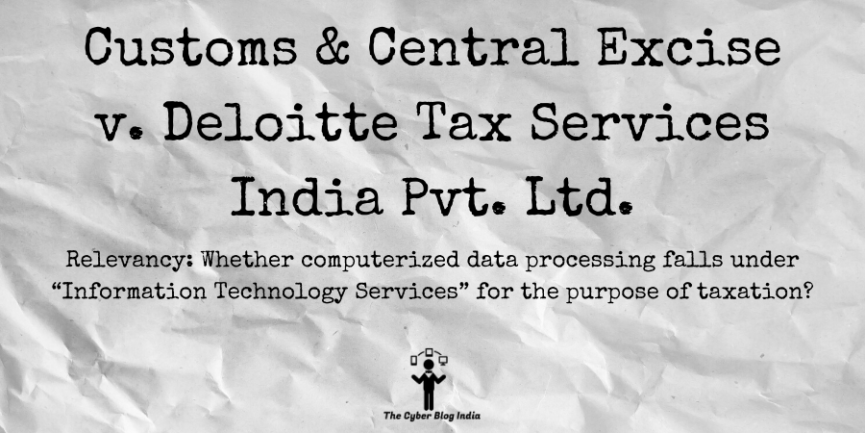 Relevancy of the case: Whether computerized data processing falls under “Information Technology Services” for the purpose of taxation?