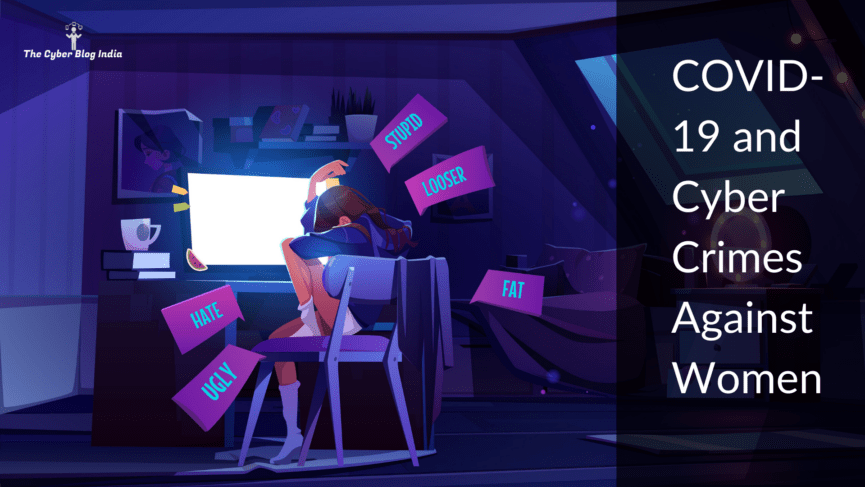 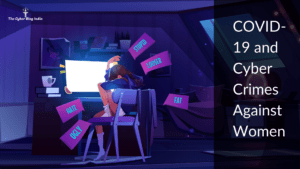 COVID-19 and Cyber Crimes Against Women

The traditional Indian society had treated women with great respect, Vedas puffed up her as a mother, creator, and addressed her as Devi or Goddess. Occupying a vital role, any mistreatment or subjugation to her dignity was seen as derogatory, not only for her but for the whole society. But a few millenniums later, the same does not appear to be the case.

While the world is battling COVID-19 pandemic, we can straightforwardly note that the expansion of the internet and the increasing number of internet users have directly contributed to the increment in crimes against women in cyber space. Cyber crime can be simply understood as any illegal activity that uses a computer as a means or a facilitator for the commission of an offence. However, this is not a watertight definition as cyber criminals continue to evolve boulevard to target the victims in new ways.

When we talk about prosecuting such perpetrators, we have the Information Technology Act, 2000 and the good-old Indian Penal Code, 1860. Even though they are supported by a variety of other laws, they do not provide a stringent solution to deal with cyber crimes against women effectively.

Did COVID-19 worsen the situation?

According to the National Commission for Women, 54 complaints related to cyber crime were received during the first lockdown in India with an increase in cases of ‘sextortion’ which is a form of virtually blackmailing the victim to post her intimate pictures online if the victim refuses to meet the demands of the blackmailer or give in to the unwanted favours.

Even after considering The Cyber Blog India’s limited reach, the average number of victims contacting us per day has gone up by at least 250% after lockdown came into force. This trend is also visible in the cases involving female victims. On similar lines, many organisations like us have reported an increased number of female victims contacting them for help and support.

The increasing number of cyber crimes against women is not a problem that is limited to India only. A survey of more than 9000 German Internet users (between 10 to 15 years of age) indicated that women were more vulnerable to cyber crimes like online sexual harassment and cyber stalking than men. As per the survey by Pew Research Centre in US, women belonging to 18 to 24 years of age disproportionately experience cyber harassment.

These surveys illustrate a bitter truth; cyber crime is more dreadful and catastrophic for women than men.

It is believed that with work from home and being confined to limited physical space, the average screen time has sharply increased. Further, the CSC e-Governance Services has noted an increase in the use of data services from 2.7 TB (March 10) to 4.7 TB (March 30). While discussing cyber crime against women, it is also important to note that 70% of internet users in India were male while only 30% were females in 2017. It is estimated that this difference will reduce and gender-wise user distribution will stand at 60% for males and 40% for females in 2020.

We would like to make the following suggestions for preventing cyber crime against women:

It has to be understood that irrespective of how stringent laws are made with respect to cyber crimes against women, the best action plan for women is to start reporting such incidents. It is time to move on from the casual block and ignore method to report so that cyber crimes do not go unreported anymore.

This article has been written by Sherry Shukla & Arpit Lahoti. They are undergraduate students at the Maharashtra National Law University, Nagpur.