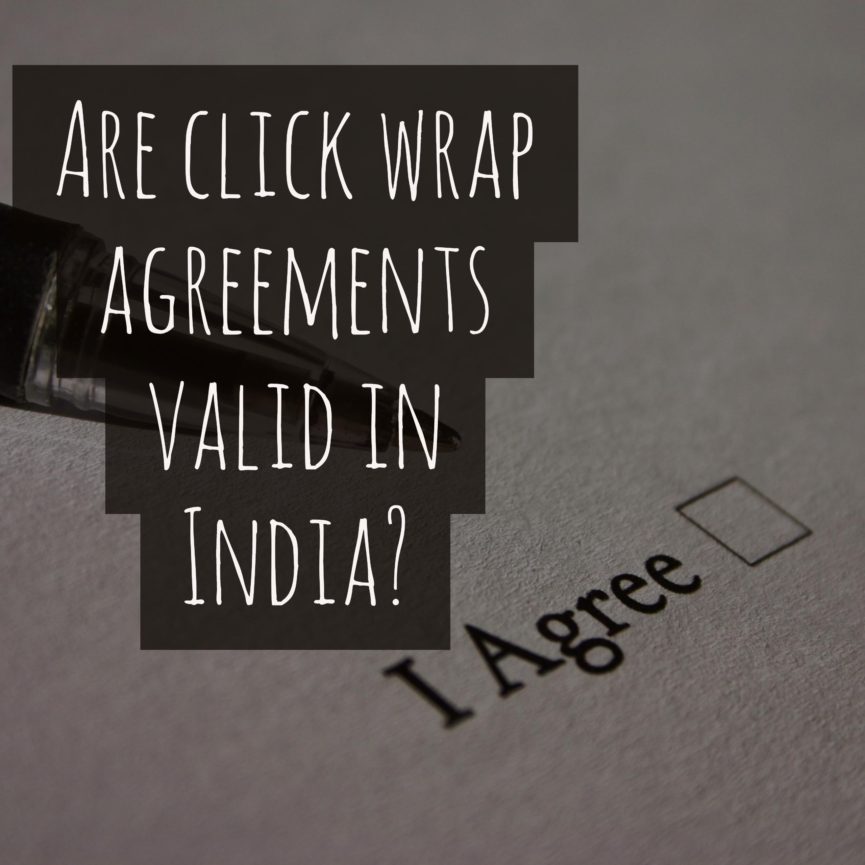 There have been many international decisions on this point and the legal situation is pretty clear. Clickwrap agreements can be looked at as those where you click on I agree, under the T&C, be it Facebook, Gmail or any such service provider. Generally, clickwrap agreements are valid in the eyes of law. What are relevant today are the mass contract clickwrap agreements. By the decision in Hotmail Corporation v. Van Money Pie, clicking of an ‘I agree’ button at the bottom of a terms and conditions page was considered sufficient to conclude a contract.

The judicial authorities in India, however, have not commented on the legal position of such clickwrap agreements. Generally, when there had been gross inequality of bargaining power, contracts were said to be unconscionable (Central Inland Water Corp v. Brojo Nath). If we go by the principles discussed in the Brojo Nath case, then, such mass contracts would be all invalid. But that should not be the case.

In a judgment given by the Income Tax Tribunal in 2017, clickwrap agreements were discussed. In the case of Ddit (It) 3(1), Mumbai vs Gujrat Pipavav Port Ltd., the Tribunal expressed serious doubts about the enforceability of such clickwrap contracts. The instant case was dealing with issues of copyright infringement but a reference to clickwrap agreements was needed in context. The doubt, in this case, has been talked about by the Tribunal in the manner:

The Tribunal further added and it needs to be highlighted here:

So far as the legal enforceability of such Licence Agreements is concerned, in spite of the fact that it may fulfill all the requirements of a valid contract, such an agreement may not be enforceable, if, its stipulations conflict with the law governed in the country where such licenses are intended to be enforced, or if it is an unconscionable or unreasonable bargain.

It can be summarized that although the requirements of a valid contract may be fulfilled in cases, but if

The tribunal added that, in these cases, where the contract terms are numerous and in high detail, users often don’t read through the terms but that does not affect the validity of such a contract unless the terms are unconscionable. Though this does not clear the legal position of clickwrap contracts in entirety, it does shed some light on how the judicial bodies feel about online contracts.