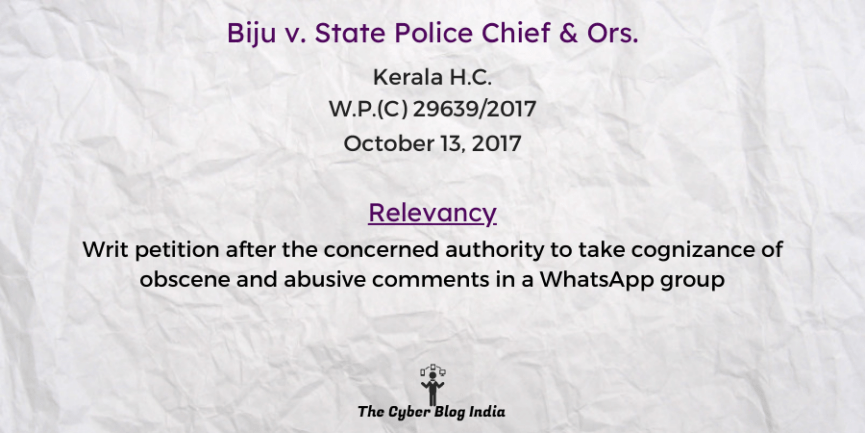 Relevancy of the case: Writ petition after the concerned authority to take cognizance of obscene and abusive comments in a WhatsApp group