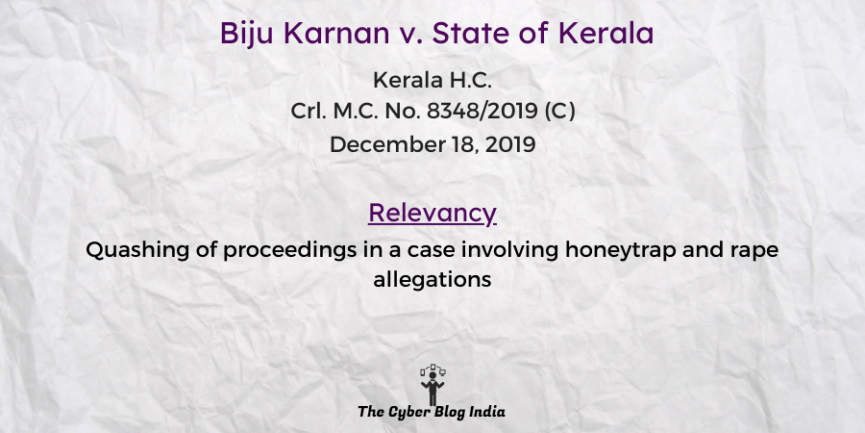 Relevancy of the case: Quashing of proceedings in a case involving honeytrap and rape allegations

Prominent arguments made by Advocates